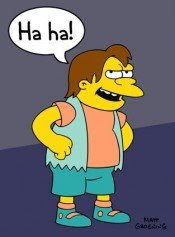 I inquired to Treasury concerning the fate of the petition to Treasury by Banco Delta Asia’s parent group to rescind the final rule directing U.S. financial institutions not to do business with BDA.

In its final rule, Treasury had advised that it didn’t matter how BDA tweaked its operations as long as Stanley Au remained chairman because Mr. Au, was, in Treasury’s view, too close to North Korea and potentially a recidivist ratbag.

(In May I provided a full rundown of the regulatory and legal rigamarole surrounding the rule, including a link to the text of the petition. It's available here.)

FinCEN has responded to the petition and the final rule remains in place.

Thanks to sharp-eyed commentator David, we learn from AFP:

The Macau bank, which had held millions of dollars in North Korea assets stalling a nuclear disarmament for months, can resume control of its operations, government officials said Friday.
...
Due to the "remarkable improvement" made in the bank’s management by the government, the Macau authorities said it will return control of BDA to chairman, Stanley Au, with effect from Saturday.

Macau's encomium to the managers at BDA can, I think, be taken as a direct rebuke to the U.S. Treasury Department's muddled and/or demeaning justification for keeping the final rule in place even after both the bank and the Macau government had instituted remedial measures to tighten anti-moneylaundering controls in response to 18 months of high-profile bullying by Treasury's Office of Terrorism and Financial Intelligence

After all, Treasury was saying the only reason that BDA couldn't resume normal transactions with U.S. financial institutions was that Stanley Au couldn't be trusted and, more to the point, the Macau Monetary Authority couldn't be trusted to keep an eye on him, either

And Treasury just reconfirmed that position by rejecting the BDA petition.

So Macau goes out of its way to declare what a "remarkable" job BDA and, by implication, the Macau Monetary Authority are doing.

I suppose the next step for BDA is to try to get a hearing in the U.S. courts on the grounds that the Treasury rule was capricious and arbitrary. Good luck with that.

I think that the mindless bray of Simpsons troglodyte Nelson Muntz (courtesy of Nancy Cartwright's website) will serve as the suitable epitaph for this fiasco, no matter how long it drags on or who finally gets the last laugh.
Posted by China Hand at 10:46 AM

It had the options of returning the bank to Au, liquidating it or selling it to new owners.

In a statement welcoming the Macao government's action Friday, Au said the U.S. decision to support the release of the frozen North Korean funds had proved that the bank had not been involved in any financial crime.

"If the account holders in question were involved in illicit business transactions or money laundering as accused, then the money should have been confiscated," he said.