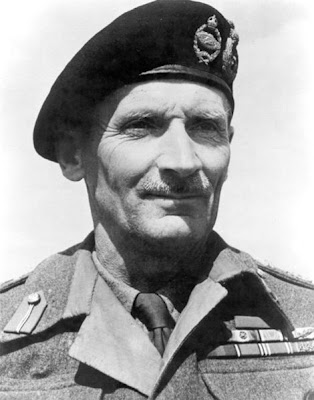 When the steelworker-stripper movie The Full Monty came out in 1997, there was a lot of bemused headscratching about the origin of the title phrase.

As we know now, "the full monty" means "in its entirety" or, as applied to stripping, "going all the way".

But where did it come from?

The most commonly accepted explanation in the UK, where the phrase originated, is that that "the full monty" originally applied to a complete suit of clothes (including waistcoat) from Sir Montague (Monty) Burton, who took bespoke tailoring from class to mass with a nationwide chain of shops he opened in England in the early 20th century.

This explanation isn't considered definitive, and there have also been attempts to link the phrase to England's most famous Monty, Field Marshal Bernard Montgomery, hero of El Alamein, goat of Market Garden, and, to the other Allied military commanders he compulsively belittled and second-guessed, all-around ass and egotist.

"The full Monty" was taken either as a reference to the Field Marshal's affectation in wearing all his medals or reflecting his insistence that his troops eat a full English breakfast.

I came across another possible origin for the phrase in Max Hasting's account of the endgame of the Second World War in Europe, Armageddon.

In his character sketch of Montgomery (pg. 27 of the 2004 Alfred A. Knopf hardback), Hastings cites the following incident:

A member of Montgomery's staff told a bizarre story from the north-west Europe campaign. One of the field-marshal's young liaison officers returned to duty after recovering from wounds, and found himself summoned to Montgomery's caravan. he was ordered to remove his clothes. The bemused young man stood naked at attention before his commander, who observed that he wished to ensure that he was fully fit for duty again. "Right!" said Montgomery after a few moments, in his usual clipped bark. "You can dress and go now!". According to one of his staff, that episode caused considerable surprise even at a headquarters well accustomed to "Master's" foibles.
In the footnotes, Hastings writes that he had collected this anecdote directly from the staff member referred to in the passage, one T.E.B. Howarth. Howarth confided that he had omitted the story from his own published reminiscences of his years with Montgomery "because I don't think the world's quite ready for it yet." Hastings adds complaisantly: "I am happy to remedy the omission".

Indeed, for many years Montgomery's repressed homosexuality was the kink that dared not speak its name in British military history.

Montgomery himself inveighed against the decriminalization of homosexuality in 1976, decrying what he called "a charter for buggery" and famously declaring, "This sort of thing may be tolerated by the French, but we're British - thank God."

As Richard Davenport-Hines noted in The Independent, any explorations of the sexual character of Montgomery's overpowering affection and devotion to the young men under his command were taboo in the postwar period:

When Lord Chalfont's biography of Montgomery was published after the Field Marshal's death in 1976, it contained a single sentence, in a book of 150,000 words, noting "suggestions of a homosexual element" in Montgomery's relations with one of his liaison officers. Uproar ensued. Field Marshal Templar, the "Tiger of Malaya", accosted Chalfont with the words: "you're the chap who says Monty was a bugger!" The Sunday Express denounced him as "not fit to lead a pack of pimps down Piccadilly".

Montgomery's official biographer, Nigel Hamilton, was one of the objects of Montgomery's intense but platonic affection--he was 11 when he met the Field Marshal. Hamilton told Sarah Hall of the Guardian:

"I myself have more than 100 very loving letters from him. My relationship with him wasn't sexual, in the sense that it wasn't acted upon, but I had been through enough years at British boarding schools to know what kind of enormous affection and feeling he had for me...And I wasn't alone, this was a consistent pattern in Monty's life."

Hamilton revisited and reshaped his three-volume biography of Montgomery--which, in its first incarnation, focused on rehabilitating the Field Marshal's tattered military reputation-- to address the issue of Montgomery's sexuality and personality as elements of his command effectiveness. Hamilton's rework, inevitably entitled The Full Monty, has attracted some derisive reviews, apparently for its attempts to relate Montgomery's greatest triumph--the victory at El Alamein--to an electric current of neo-spartan mutual man-love coursing through Monty and his troops.

It is possible that an incident of the sort related by Howarth acquired a life of its own in retelling after the war with Montgomery characterized as the overly-punctilious officer taking his responsibilities to extremes.

It would certainly be ironic if, by 1997, the phrase had come full circle to be identified once again with men stripping to the buff for an appreciative audience.

Image of Montgomery from Wikipedia
Posted by China Hand at 2:52 PM