This video is very, very hard to watch. But I think it should be watched, and remembered.

It's the immediate aftermath of the June 2 attack on the regional administrative building in Lugansk, eastern Ukraine, which was serving as the HQ for the anti-Kyiv apparatus in the town.

According to a post on Twitter, the woman in the red shirt, who is still alive at the beginning of the video, was Inna Kukuruza. 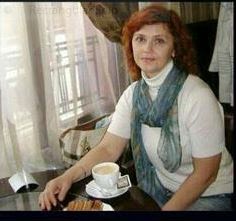 A viewer on Liveleak made a translation of the audio:


Eight civilians, including Inna Kukuruza, pictured above, died in the attack.  Alec Luhn, who writes for the Guardian, went to the site and says the markings on the ground are consistent with a strafing run.

The Kyiv government had announced it was flying Su-25 fighters over Lugansk, and one was seen making a pass over the administrative building just before the attack.

The Kyiv government tried to explain away the massacre as a rebel friendly fire incident, with a separatist's surface to air missile accidentally homing in on the heat signature from an air conditioner on the building as he tried to take down the jet.

Bullshit, probably.  The CCTV video from across the park shows whatever ordnance was used first hitting the ground about 100 meters left of the building; then there's a trail of smoke through the trees to the front door.  CNN visited the scene with a "munitions expert" and concluded the pattern of shredded trees and the regular footprint of munitions impact points marching across the park to the building were consistent with an air attack.

The Organization for Security and Cooperation in Europe noted in its Ukraine update that the attack seemed to be the result of an air attack using an "unguided missile".  Subsequently and rather mysteriously, the OSCE website was attacked.  As of June 4, 24 hours later, the attack was still going on, perhaps giving Ukraine's diplomats a chance to face the press without having to address the OSCE report.

In fact, Ukraine's permanent representative to the UN, Yuriy Sergeyev, availed himself of this opportunity in responding to questioning by Matthew Lee of Inner City Press.

In response to allegations of an air attack in Lugansk, Surgeyev made the unsupported assertion that "even Russian experts" attributed the incident to a "misuse of grenade" by the separatists.  He subsequently stated that, although he had experienced difficulties accessing the OSCE website, the OSCE had "changed its story" and "corrected" to the "main version" of a friendly fire incident.

As of June 5, the OSCE website is accessible again, and its report for Ukraine conditions on June 2 states:

Based on the SMM’s limited observation these strikes [i.e. on the Lugansk regional administration building] were the result of non-guided rockets shot from an aircraft.


Russia is quite keen on having the OSCE--a European multi-lateral conflict monitoring mechanism-- in east Ukraine so that it can provide internationally accepted reporting on Kyiv's Anti-Terrorist Operation in addition to RT's much derided but actually quite good and objective on the scene coverage.

On May 30, Russia allocated the not-inconsiderable sum of 600,000 Euros to support the OSCE's work in Ukraine (that's apparently four times the OSCE's annual budget).  So it is possible that the OSCE is now seen by the partisans of the Kyiv regime as in Moscow's pocket, hence the sustained attack to keep authoritative looking corroboration of the air attack from seeping into the world's consciousness.

The Su-25 is an air-to-ground attack fighter with a 30 mm cannon.  The cannon fires a variety of shells, according to the "Russian Ammunition Page" website, including a "ME" or "multi-element" round with 28 subprojectiles i.e. a cluster munition.

The cannon's rate of fire is 3000 rounds per minute.  It seems that half-a dozen rounds were fired at the Lugansk administrative center.

So one can speculate that the pilot decided to make a pass over the local HQ of the separatists, touch the trigger for a F*ck You burst...and fly on home.

An attack on unarmed civilians in a non-military area, possibly using cluster munitions, looks and quacks pretty much like a war crime, a crime that's been documented by some absolutely heart-rending footage that would seem tailor-made for cable TV in what looks to be the 21st century's first completely HD war.

But the only significant Western coverage of the incident I found was CNN, which did a pretty good job in the body of the report despite the inevitable genuflections to "he said/she said/fog o' war" obfuscation that attend reporting of an ally's misdeed.

In order to keep CNN in step with US priorities, perhaps, the headline misleadingly implies the massacre was part of a legitimate military operation against militants as witnessed by the slack-jawed local yokels:

Yes, if by "stuns" you mean "tears apart with sophisticated high velocity ordnance".

A 2011 study by academics Daniel Rothbart and Karina Korostelina calculates that the ratio of civilian to combatant deaths in conflicts since World War II is ten to one.

The disproportionate suffering of civilians is often ignored while the combatant's sacrifice is exalted.  As Rothbart puts it, there is no "memorial day" for civilians.


Lugansk is being immediately and comprehensively ignored by Western news outlets, presumably because the Kyiv's US and European allies are not interested in revealing the homicidal incompetence of the ATO Kyiv is conducting in eastern Ukraine with the full encouragement and support of the West-- and perhaps because evidence of repeated war crimes against civilians would provide justification either for Russian intervention or, at the very least, support for Russian demands that the ATO be halted and negotiations take place.

In contrast to the wall to wall coverage of the Tiananmen massacre, it looks like the West will not remember the Lugansk massacre for twenty-five minutes, let alone twenty five years.

But I think they should both be remembered.


Disregard of the eastern Ukrainian story looks like it may become the norm for Western media outlets.  Alec Luhn, perhaps the most objective Western reporter, is out of Ukraine.  In a farewell post, he alluded to the difficulties he experienced with angry and suspicious locals in eastern Ukraine--and also his editors (he wrote for The Nation and The Guardian; it's unclear which outlet he's referring to here):
I knew they were right to a certain extent [to verbally abuse and threaten him], given Western media’s tendency to vilify Russia and, by extension, the pro-Russian protesters. The ubiquitous use of the word separatist, for instance, ignored the fact that the majority of protesters said they wanted to remain part of Ukraine. Meanwhile, although statements made by the Ukrainian president and interior minister usually diverged wildly from what I was seeing on the ground, my editors seemed to treat them like the word of God.

I tried to present a balanced view, but the headlines and redacted ledes of my articles sometimes seemed overly simplified and made me wonder if I wasn’t just as bad as some of the hacks working in the field, if I wasn’t just an unwitting foot soldier in the information war. One day, I snapped at the editors of a radio station I was freelancing for when they repeatedly asked me to talk about an announced military blockade of Slavyansk, which I knew was not actually in place. What did they want me to do, make it up?
With media focus shifting elsewhere, maybe it won't be necessary to cover up the next massacre; it might never get reported in the first place.

Please stop posting real news that are relevant and important to-day. It only distracts the general public from getting worked up over events 25 years ago, m-kay?

By the way: Do I understand the following article correctly and did the BBC, or at least one of his more knowledgeable journalists, admit that Beijing's version of the events of the Beijing Massacre (rioters killing officials, unarmed policemen, army only ordered in after the demonstrators become violent to quell general unrest) is more or less true? http://www.bbc.com/news/world-asia-china-27685055

Thank you for a very interesting article. It was great.

I wondered though about your conclusion regarding Tienanmen anniversary coverage, and I'm not talking about one from the mainstream outlets, but left/progressive/alternative ones. I get the sense that those outlets feel somewhat obliged to mention it once lest they risk appearing Stalinist ... mentioning once seems to give it an appearance of fairness or of balance "despite" the other more critical things about the West they usually report.

But you are right that it's also true that we ought to definitely hear more fair reports on what's going on in E. Ukraine, especially civilian deaths, and the Western hands in the crime.

Another great article. Its true we need fair and square reports, not just in this Lugansk event but in everything. But thats not always the case is it?

Re Tiananmen, my feeling is that by June 3 the demonstrations were on their last legs as a political movement in Beijing. With Zhao Ziyang out and no political support w/in the high party leadership, the student presence in TAM was petering out. Deng sent in the army to demonstrate that the CCP would not accept any political role for the student leaders, and to overawe the mass movement that was all over PRC and reassert absolute party leadership. The army was primed not to yield to any challenge from demonstrators or the public on June 3-4 (unlike previous units sent into city), and killed a lot of people as they swept to TAM. Takeaway for CCP: political liberalization/nascent populism had eroded party discipline & almost tipped country into chaos. Loyalty to party line reasserted as absolute value. Task: pursue economic liberalization while preserving complete party unity. So far, done pretty well. Meanwhile, perception of dangers of political liberalization have increased, not decreased.