“I Don’t Know Whether to Kiss You…or Waterboard You…”

A line that coulda shoulda been in Skyfall but wasn’t. 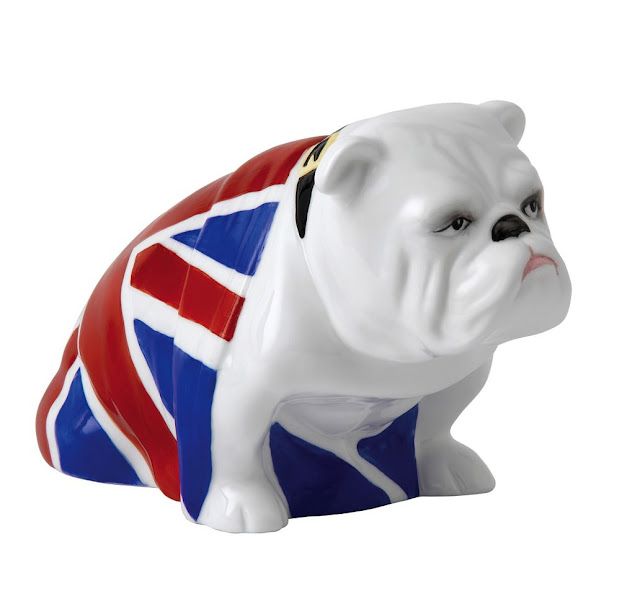 Skyfall was enjoyable, in a grim sort of way.  I certainly regretted the shortage of many of the signature Bond tropes—babes, booze, quips, and gadgets-- that  enlivened the earlier films, especially in the self-mocking days of Sean Connery and Roger Moore, and made the gaping plot holes more endurable.

The wheels come off Skyfall in the final act, where Bond returns to his ancestral home in Scotland with his bosslady, M, to lure the archvillain, Silva into a trap.

For some reason, although MI6 is aware of this ruse, Bond receives no official backup and has to fight off a helicopterload of henchman relying only on his wits, courage, Dame Judy Dench, and the decrepit but murderous old family retainer and caretaker, Kincade, played by Albert Finney.

In the good/bad old days, Roger Moore would have marched into the old homestead calling peremptorily for Kincade! only to be pleasantly nonplussed  by the appearance of the current officeholder, Kincade’s gorgeous granddaughter, wearing nothing but a bikini under an ankle-length fur coat and wielding a shotgun.   Then, after some improbable but amusing mayhem, the villain would be subjugated,  Felix Leiter would appear to mop up the underlings, and M would be on the helicopter back to London harrumphing, “Where’s Bond?”  Cut to Moore luxuriating with the lovely Ms. Kincade in a profusion of mink before a roaring fire, purring, “I’ve always wanted to explore the hills and valleys of my native Scotland…”

In Skyfall, by contrast,  much unconvincing elder-abuse derring-do ensues, culminating in a showdown in the wee kirk in the heather that holds the bones of Bond’s sainted parents.  With Bond temporarily detained below the ice of the local tarn, Silva takes by surprise Dench—and Finney, who appears to have chosen this dangerous moment to take a crap in the church outhouse, only to return through a side door adjusting his suspenders just in time to stand there like a gormless idiot while Silva pulls the awkward stunt of putting his own gun to his own head, lining up Dench’s head next to his, and imploring Dench to pull the trigger, end it for them both, and take care of his mommy issues.

This would have been the perfect opportunity for M—already mortally wounded but fortuitously not exhibiting the shock, disorientation, trembling, stammering, and meaningless gibbering usually associated with severe blood loss—either to toss off a devastating quip—“No, after you, I insist!”—while twisting herself out of the way and pulling the trigger, or do the stiff upper lip thing, snuffing Silva at the cost of the remaining four minutes of her life and sacrificing her not-a-damp-eye-in-the-house death scene with JB.

Spoiler alert: Neither of these two things happens.

The key dilemma for any Bond movie is finding a plausible, crowd-pleasing mission for a heartless government assassin that doesn’t make him look like a thug or recreational terrorist or scab taking work away from the CIA and Mossad.

If you read the relentless fluffing in the Guardian (and paid attention to the whole “Queen parachutes into London Olympics with Daniel Craig” deal) you will realize that Skyfall hangs its hat on English patriotism.  Early in the movie, in a psychological evaluation, Bond responds to the word “country” in a free association test with a steely “England” (instead of “club” or “Marie Osmond”, or, for that matter, “Scotland” no doubt pissing off the independence enthusiasts that hoped he might have gone all Braveheart).  There is also some Churchill and British bulldog-related flagwaving intended to evoke thin red line/all for England emotions.

Mission accomplished; Skyfall, has surpassed Avatar as England’s biggest national grosser.  The unintended amusement emerges when we learn exactly what Bond is protecting England from.

The set piece for this conundrum occurs during the superb second act attack on London, in the parliamentary inquiry scene where some officious young MP gets in M’s face and tells her to discontinue MI6’s black ops activities in favor of the modern point and click intel gathering that is all the rage these days.

In her reply, Dame Judy Dench deploys high dudgeon in the service of low seriousness, talking about the big, bad, dangerous world and justifying the 00s with the rhetorical question “How safe do you feel?”  Fortuitously, at this moment, Silva bursts into the hearing room on his mission of mayhem, proving that spry if wrinkly velociraptors like James Bond and even lumbering brontosaurs like M have their uses.

The catch, of course, is that Silva is an ex-MI6 agent whom M abandoned to the tender mercies of Chinese intelligence and who subsequently turned rogue.

I would have found it preferable and infinitely more entertaining if Dench had used the occasion of Silva’s irruption to acidly berate the franticly scurrying MPs, “This is exactly what I’m talking about!  If we stop employing overtrained psychopaths, who is going to deal with the overtrained psychopaths who leave our employ?”

Which brings me in a roundabout way to Syria, where the anti-Assad powers (including Great Britain, of course, but also including a) the US, Turkey, and the rest of NATO and b) the GCC)  will soon have the pleasure of scraping up the mess created by their material and diplomatic support of the insurrectionists.

Undoubtedly one of the options on the table is to send in some kind of armed force, not to deal with Assad (who is now having the sort of difficulties in his capital—high level defections, serial car bombs, loss of control of the airport, etc.—usually associated with regime collapse), but to restore order and support pro-Western opposition forces after Assad falls.

The general disinterest in this development astounds me.

Consider the matter of the NATO plan to position Patriot batteries in Turkey.

Is Assad going to compound his current woes by attacking Turkey?  Is there any conceivable explanation for the NATO move other than to reduce the danger of Syrian regime retaliation if Turkey sends in troops?

Consider the matter of the US and UN warnings about chemical weapons.  Assad has announced that the regime will not use them against domestic enemies; in any event, given the close quarters mayhem going on in Syrian cities (and the presence of civilian human shields by accident or design), it doesn’t seem a workable option.  The most likely use, if any, of chemical weapons, would be against a foreign army.

Consider the matter of the hurried reorganization of SNCORF—an exercise in regime change that replaced  the corrupt and conspiratorial Muslim Brotherhood-dominated SNC with a new group of stooges, equally ineffectual and isolated from the domestic opposition, but who presumably will be more responsive to foreign demands once it comes time to erect a useful pro-Western intervention-friendly proxy on the rubble of Assad’s regime and the bodies of the bloody-minded Islamist insurrectionists.

But the whole Day After contingency planning angle—including the explosive possibility that Turkish troops will be marching into an Arab country, thereby reigniting not-so-fond memories of the Ottoman Empire—gets almost no attention in the Western press.

Of course, the collapse of the Ottoman Empire—and the fragmentation of the Arab Middle East into arbitrary, unstable, and largely unrulable fiefdoms—was very much the work of the British Empire during and after World War I.

In large part, the last fifty years of US foreign policy in the Middle East has been dealing with the consequences of Britain’s inability to hold on to its empire from Suez to Tehran or even manage its dissolution.

Maybe there’s a movie out there about England stepping up and shouldering the grim obligation of cleaning up the abortion the Empire midwived in the Middle East.

P.S. Want the Skyfall china bulldog?  It's sold out.  But Royal Doulton has promised to grunt out another litter by March 2013.
Posted by China Hand at 8:54 PM

scab taking work away from the CIA and Mossad.

Bond responds to the word “country” in a free association test with a steely “England” (instead of “club” or “Marie Osmond”, or, for that matter, “Scotland” no doubt pissing off the independence enthusiasts that hoped he might have gone all Braveheart).

Until old rat rug Trump built his monstrosity up in Scotland, we didn't have country clubs in the UK and as for country music (I assume through your mention of Marie Osmond), except for a few fans such as Sally Timms and Eddi Reader, most Brits were quite happy to see it inflicted on the morons who were transported to the US and then forget about it.

If you need your ex-girlfriend or ex-boyfriend to come crawling back to you on their knees (no matter why you broke up) you need to watch this video
right away...