I enjoy a simplistic historical analogy as much as the next blogger, but “Thucydides Trap” doesn’t cut it for me.

“Thucydides Trap” is the “conflict inevitable between incumbent and rising empires” thing, tracing back to Thucydides’ analysis, the first example of the IR deep dive, which sidestepped the proximate cause of the Peloponnesian War (Athens was d*cking with Corinth!) and concluded that Sparta observed the rising power of Athens, got freaked out, and that’s how the fisticuffs started. 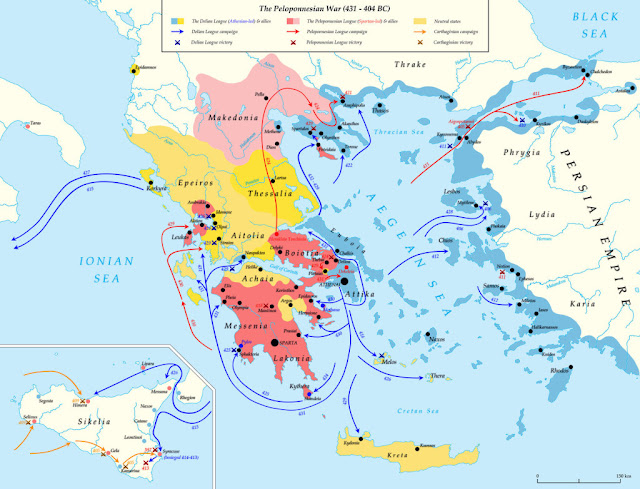 For Sparta, substitute “United States” and for Athens, slot in “China”.  You get the picture.

“Trap” for me has the liability of sneaking in the passive voice for matters of human agency.  “Nations” don’t get “trapped” into war.  “People” “make” “war” based on perceptions of patriotic necessity or rational albeit amoral or immoral expectations of advantage.

Instead of a Greek tragedy of hubris and “inevitable war”, let’s go Roman and rat-f*cky, look at the Punic Wars, and Cato the Elder’s statement: “Ceterum censeo Carthaginem esse delendam”, which translates as, “Ya know, I think we should eliminate Carthage.”

Cato the Elder tacked this catchphrase onto every speech he gave in the Senate, regardless of the topic, because he really wanted to see Carthage destroyed.  Not because Carthage was an imperial threat to Rome.  It was because Carthage, which had been flat on its behind after losing the first two Punic Wars, was finally starting to pull itself together and Cato abhorred the idea of dealing with Carthage as a peer interlocutor. 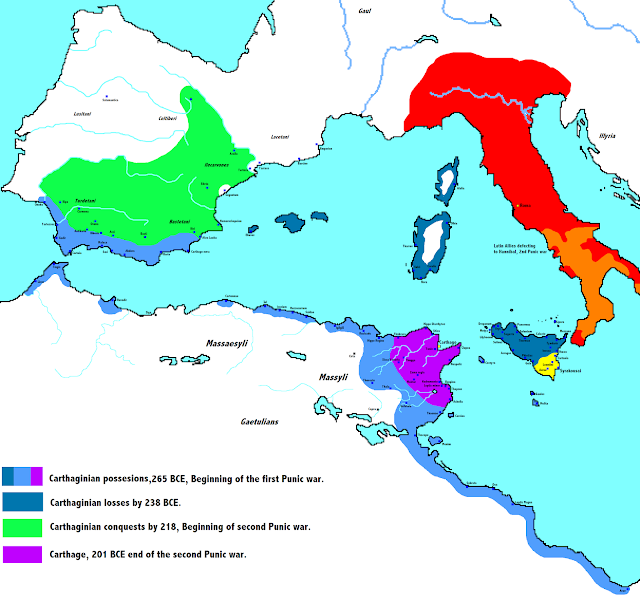 To characterize Carthage as an imminent threat (or opportunity), Cato on one occasion shook plump, fresh figs out of his toga onto the floor of the Senate, figs that came from Carthage, a mere three days away by sea. 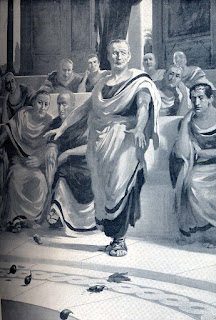 Take it away, Wikipedia!

“In 149 BC, in an attempt to draw Carthage into open conflict, Rome made a series of escalating demands, one being the surrender of three hundred children of the nobility as hostages, and finally ending with the near-impossible demand that the city be demolished and rebuilt away from the coast, deeper into Africa. When the Carthaginians refused this last demand, Rome declared the Third Punic War.”

The Third Punic War didn’t go any better for the Carthaginians than the first two; after a three-year siege, Carthage was conquered, sacked, razed, depopulated, and its earth reputedly sown with salt (that’s where that meme comes from) so nothing else could ever arise there.

This state of affairs—imperial aggrandizement expressed in opportunistic wars of choice—doesn’t sound particularly noble, which is maybe we hear more about Thucydides than Cato the Elder when looking for US-China analogies.

But I think that’s where we’re at.  (I reproduce Cato's declaration at the beginning of the post with a twist; see if you can spot it, classicists!)

Messing with the PRC is good politics, good geopolitics, and good (defense-related) business, not necessarily a matter of necessity.  To a similar though, in my opinion, lesser extent, playing up an existential rivalry with the US is a handy tool for the CCP and PLA to keep their internal and regional adversaries in line.

None of the previous imperial competitions involved nuclear weapons; today rising and risen nuclear powers don’t regard the destruction of their competitors via war a viable option.

But that doesn’t mean we can’t have competition, limited war, and unlimited human tragedy by other means.  That’s a direction that US hawks are energetically pushing China policy in anticipation of a Clinton presidency, judging by the announcement by both Democratic neo-libs and Republican neo-cons (which I must confess caught me by surprise) that liberal internationalism (the West) is locked in struggle with revisionist authoritarianism (you know who) for the future of the world.


From the classicist to modern ends of the spectrum, from Thucydides to Marx, this kind of dichotomy points to a preordained outcome:


This is the topic of my most recent piece at Asia Times: Eagle Has Landed: China Better Hunker Down for Next Decade.

If we end up in a war with the PRC, it’s because we want it and they want it.

Something to be remembered and acknowledged.

People just love fights to the death. Preferably with other people doing the dying, of course. But I can clearly imagine how elated certain hawkish expats would be if the US and Japan showed Red China who is in charge.

"None of the previous imperial competitions involved nuclear weapons"...